The site is at the capital city. It has a thousand-year history and is always the sacred land of VietNam
It was developed from riverside agricultural and handicrafts villages along the river.They formed traditional urban units of ancient city - PHUONG or guild
The site is in close promixity to the old streets quarter. It is near the city cultural and political center and the intersection of city urban development derection until 2030. It locates in the biofuel source area.

In this project, the construction site is chosen to be Bãi Giữa (“Middle Bank”) - the low-lying land in the middle of the Red River under Long Bien Bridge.
To the north of  the chosen site lie a plenty of traditional handicraft villages, as well as old streets – Hanoi cultural center to the South, West lake along with ecotourism sites to the West and Gia Lam district to the East which is the new orientation for urban development. However, despite that strategic position, the area of Middle bank is still abandoned for years, leaving the local residents in drifting cottages, vulnerable to flooding season.
In this marginal space next to the city, around twenty migrant families living in floating boats and beneath ragged huts occupy the area. They come from different parts of the country, lacking legal status, vocational skills, and adequate income. Many make their livings as garbage collectors. Life in this small community of Middle Bank means facing the seasonal flooding of the river, a lack of stable employment or regular access to basic social services, as well as negative perceptions from the wider society. 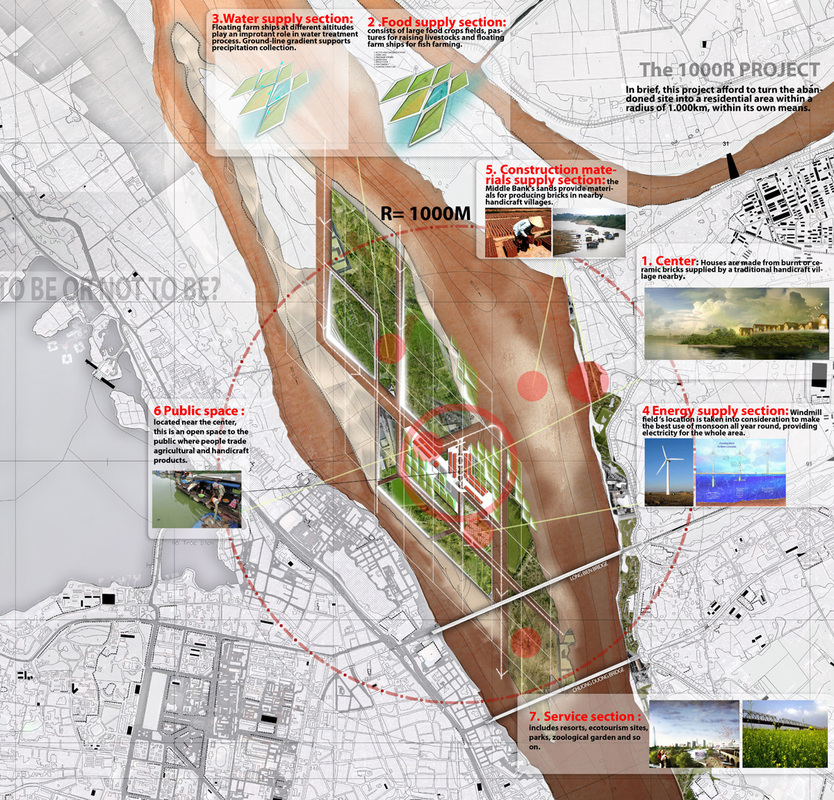